CSSP DEFINED
CONSECUTIVELY SETTLED SOVEREIGN PEOPLES : CUSTOMARY AND TRADITIONAL GOVERNANCE : INTERNATIONAL LAW COMPLIANCY
TERMS & CONDITIONS
Modern Era Declaration : Generic Format Template
The State
Whereas, since the beginning of time, sovereign persons with legal capacity and juridical subjectivity of these lands within the (Designated Territory) [today known as Designated Territory] have gathered as a continued independent people with juridical personality for mutual intent of forming an understood nationality; and, therein, have caused a set of common cultural practises to occur over time, including a structured language; and have bonded together within a certain perceived social contract with the intent of establishing the security of the individual human being or natural person in a society organized in a centralized form of government; and, further, having developed a state of leadership within a set of rules, these People have passed forward to each subsequent generation the accumulated knowledge of individual and common duties of care therein; and, thereafter, within a tradition of allegiance to the rights and duties there have arisen for the purposes of leadership the lineage of the absolute monarch of this independent state; hereafter to be known as (Designated Territory) Nation State.

1.an established nationality since before 10,000 years ago, (Designated Language) being the foundational language;

2. one government body presiding, wherein there are the judiciary, executive and legislative branches;
3. one continuous settlement in its traditional territories since the beginning of time;
4. an historical and modern era practice of commerce and trade with other independent sovereignties; and,
5. a continued declaration and exercise of being independent in spirit and practice.
The founding charter and constitution declarations are rooted within the oral customary laws and practices of the (Designated Territory) People. In modern terms, these said customs and constitutional practices continue to be preserved within the traditional and confidential longhouse organization. Publication of contemporary tomes are translated from the traditional (Designated) language, which holds absolute precedence over any other language, into the English language, for educational purposes only.
(Designated Territory) Nation State is a dynastic state of The Royal Majesty (Designated Actor), whose dynasty has been reigning and ruling consecutively since man descended from the Creator. Citizenship is a qualified, regulated privilege, at times, mediated through birthright. Any person who is subject to the exclusive jurisdiction of The Royal Majesty (Designated Actor) is The Royal Majesty's subject. As the Military Head of the (Designated Territory) Nation State, The Royal Majesty (Designated Actor) assures territorial integrity with vigour, preserving the traditional roles of Peace, Trust and Friendship / Gus Wen Tah / Two Row Wampum.
Charter
In an expression of common purpose, this (Designated) People has founded a unified body of originators whose duty has been to translate, for educational purposes only, from the (Designated) language (which holds absolute precedence over any other language) into the (Designated) language, those statements of commonality that shall serve as the specific direction of the (Designated) Nation State; bearing in mind that the said duty is intertwined within more than 10 millenia of continuous, structured settlement within a defined territory; and, whose natural resources have evolved through time; as have the cultural and governance practices of said People.
The practise of said originators has been to determine with clarity those embodiments of social construct that shall determine the continued and successful individual and group relationships of those persons who, as citizens and subjects, are both obligated therein and, simultaneously, entitled to provide for and protect all of those persons who legitimately settle these (Designated) Nation State territories.
This (Designated) Nation State Charter is one of declaration of continuous good stewardship to the Earth as directed for through the Creator; namely, to harvest the abundance with care and humble respect; to nurture the continuance of these renewable resources; and, to harvest those limited resources with caution and awareness to the demands as shall arise in future generations.
It is the purpose of this (Designated) Nation State Charter to provide education in the practise of good governance through the reign and rule of its sui juris Absolute Sovereign The Royal Majesty (Designated Actor).
Constitution Of (Designated) Nation State
In The Beginning There Was Truth; And, It Has Prevailed
Preamble
It shall be known to all; and, embraced as being the fundamental truth, herein, that this (Designated) Nation Constitution is one of clarity; arising from the grace of the Creator; wherein all governance shall be founded and exercised through the sacred principles of Peace, Trust and Friendship or Gus Wen Tah; and, that this said constitution is a living one, as is the water that we drink; the air that we breath; and, the land upon which we shall build and maintain our Nation. The (Designated) Nation State is the dynastic state of the (Designated) Royal Majesty, who, as Head of the Name and Arms of the royal dynasty, reigns and rules as the sui juris Absolute Sovereign of the (Designated) Nation State.

ARTICLE I     PEACE
There shall always be the thrust of governance to foster peacemaking in opposition to warfare in all domestic and foreign affairs; specifically, that peace as opposed to war is the fundamental inclination of the person; and, that this ethic shall continue to be the apex of diplomacy in all matters of state forever,

ARTICLE II    TRUST
It is the fundamental nature of the person to offer trust of purpose to all others; and, therein,
All of the actions of this Nation shall reflect the consensus of design, as arises from its sui juris Absolute Sovereign.

ARTICLE III   FRIENDSHIP
It is fundamental that this state of friendship is the root of both Peace and Trust.

Throughout all matters of state and civility, the essence of this Supreme Law must be maintained with unfeigned clarity, namely, that the human conscience - of morality and good ethic - arises and is sustained through these three fundamental principles of Peace, Trust and Friendship.

FREE PRIOR INFORMED CONSENT : MOTHER EARTH TIPPING LAWS
THIS WEBSITE DOES NOT PROVIDE LEGAL ADVICE; NOR, IS IT INTENDED TO REFER THE READER TO LEGAL COUNSEL
POLITICAL COMMENTARIES ONLY
ERRORS AND OMISSIONS EXCEPTED 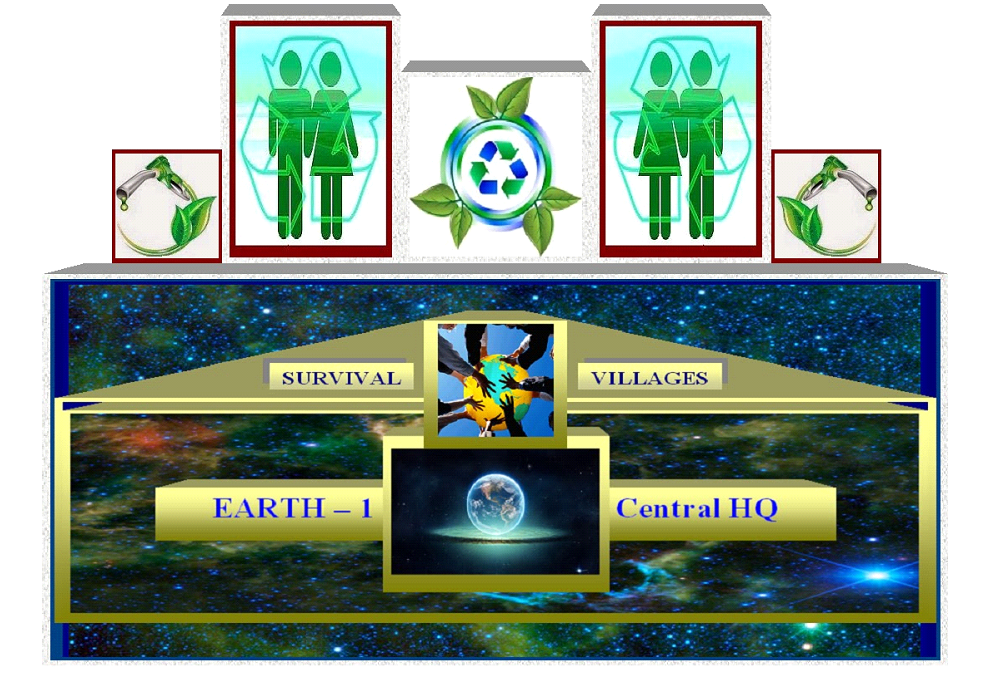 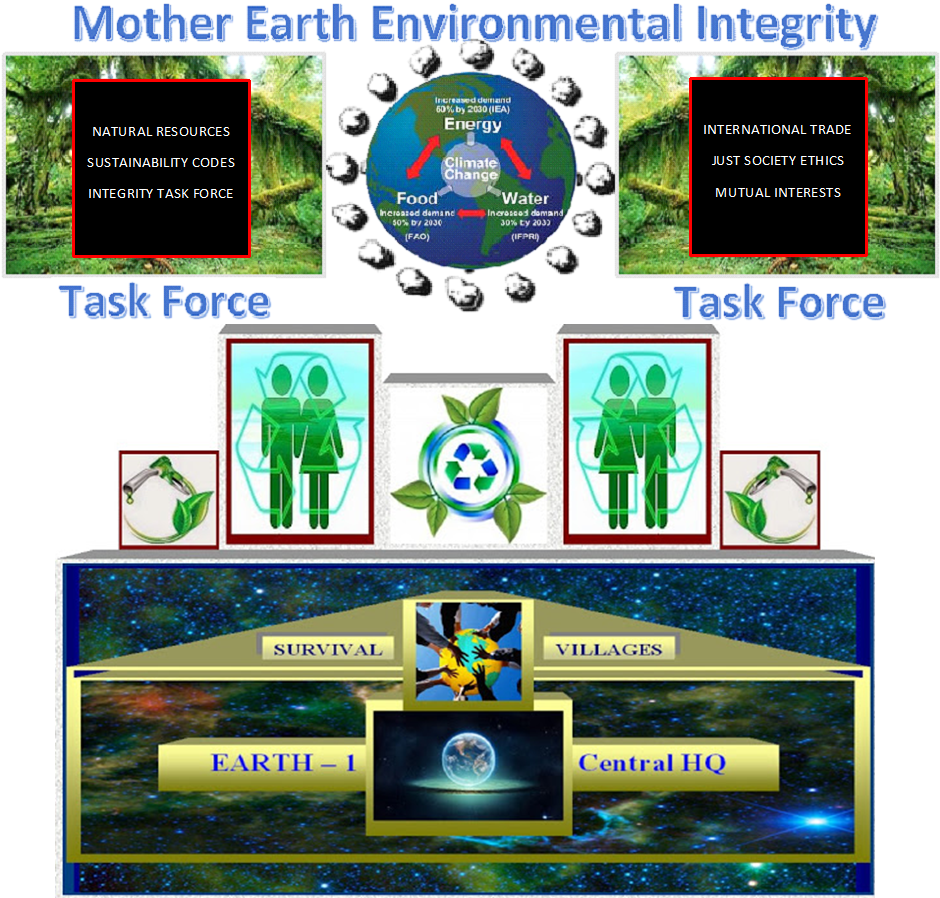